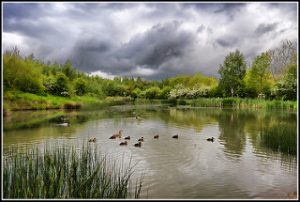 Bronwyn Bell joins Adam, Brian, Carmen, and Jeff to discuss the challenges and responsibilities of an environmental engineer working in the mining sector.

Thanks to Stephen Bowler for use of the photo titled “Ducklings.” Opening music by John Trimble, and concluding theme by Paul Stevenson.

One thought on “Episode 111 — Environmental Engineering”