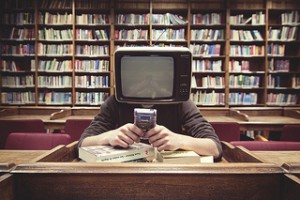 Brian, Carmen, and Jeff discuss movies and TV shows they find inspiring or entertaining (or maybe just awful) from an engineer’s perspective in this episode of The Engineering Commons podcast!

Thanks to Ángela Burón for use of the image titled “Incultura general.” Podcast theme music by Paul Stevenson.