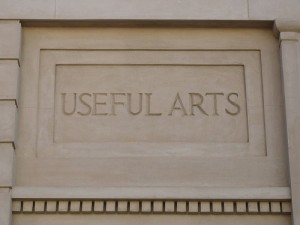 This epiosde of The Engineering Commons finds Adam, Brian, and Jeff discussing what it means to be relevant, and how engineers can increase their relevance on the job.

Thanks to Richard Adams for the photo titled “Useful arts?” Podcast theme music by Paul Stevenson.