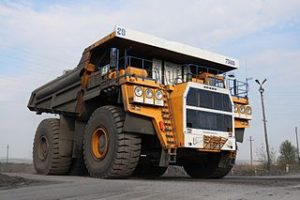 Aeronautical engineer Clay Coons joins us to discuss the many applications of diesel engines.

Thanks to Ilya Plekhanov for use of the photo titled “BelAZ 75600 on Bachatskom Coal Mine, Kemerovo Region.” Opening music by John Trimble, and concluding theme by Paul Stevenson.