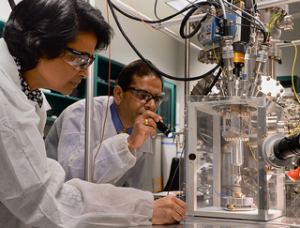 Dr. Dave Vandenbout offers up his insights on choosing between academic and industrial careers in this episode of The Engineering Commons.

Thanks to U.S. Army RDECOM for use of the photo titled “Army scientist bolsters nanomaterials research with Singapore.” Opening music by John Trimble, and concluding theme by Paul Stevenson.